A quick and dirty update of what I’m up to on any given day.

Nov 18, 2012
Wow, again a long time since the last update. This is not the way to build traffic. I’ve been in a total writing slump for the past month. Haven’t been able to pen a word. But think the fog is finally lifted after sprinting through Laos, Vietnam and Cambodia. Back in Thailand now, but preparing to leave for the next leg of this journey. Heading south to Indonesia at the end of the month.

Oct 13-17, 2012
Wow, it’s been a long time since I updated the “daily” journal. Sorry for that, but I’ve been traveling and the Internet in Laos was so spotty that finding both time to sit down and write as well as a reliable Internet connection was almost impossible. In the time since the last update, I’ve left Vientiane, took a 26-hour bus ride to Hanoi, wandered around the city being very impressed, was humbled by a Vietnamese contemporary who remembered the war in real time and visited the infamous “Hanoi Hilton” prison for American pilots from the American war. Now I’ve washed up in a youth hostel where it seems everyone is 20 years younger than me. But enjoying Hanoi more than I do Bangkok, and wondering if I might just stretch out my trip to Vietnam.

Oct 10-12, 2012
Catching up on daily updates. Left Luang Prabang by bus for Vientiane early Thursday morning, enduring a heck-ish bus ride with little AC and bumpy roads. The sales agent in LP was vague on when the bus would leave and completely inaccurate on when it would arrive. An alleged 9-hour ride ended up lasting 12. Still, all one can do is endure, try to sleep and not sweat too much. Arrived in Vientiane at night, checked into Salana Boutique Hotel (charming, expensive) and then, the next day, moved over to the Vientiane Travelers House (basic, cheap.) Vientiane’s attractions are limited, based mainly on the chilled out vibe of the place and a surfeit of French cafés. The guesthouse managed to procure my Vietnam visa in record time (24 hours!), so in a couple of days, I’ll light out for Hanoi. In the meantime, I need to work on my impressions of Luang Prabang.

Oct 9, 2012
Moved hotels today after splurging at the Hotel les Trois Nagas. Got internet on iPhone and iPad, but it doesn’t work very well. ATMs down all over the city because of some software glitch or something. Wandered about Luang Prabang today, collecting my thoughts. Had delightful lunch at Tamarind, which taught me a great deal about how Lao food differs from Thai and Vietnamese grub. More on this later. Procrastinating on writing full blog post, using slow Internet as an excuse (“I can’t upload pictures!”). Considering moving on to Vientiane tomorrow so as to get my Vietnam visa sooner rather than later.

Oct 8, 2012
Completed second day of Mekong river trip from Chiang Khong in Thailand to Luang Prabang. Checked into the hideously overpriced (but very nice) Hotel les Trois Nagas hotel in the UNESCO city, had a mediocre burger at the S-Bar on a couple of streets over. First impressions of Luang Prabang: It’s charming, quaint and probably pretty dull after a while. Hoping to hook up with Ted and Bethany of Two Oregonians tomorrow. 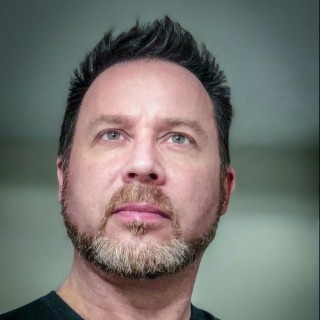 I’m a former freelance conflict journalist and bureau chief for Reuters in Pakistan.